The information below is a roundup of information as reported by various news sources, General Motors and the United Autoworkers regarding the ongoing strike. This information will be updated periodically as the strike continues. Additional information from GM about negotiations can be found on buildingastrongerfuture.gm.com.

If your company is preparing to negotiate with the UAW and you're concerned about a potential strike, you can find more information about strike avoidance and strike contingency planning here.

"We continue to work hard on solutions to some very difficult challenges. We are prepared to negotiate around the clock because there are thousands of GM families and their communities – and many thousands more at our dealerships and suppliers – counting on us for their livelihood. Our goal remains on building a strong future for our employees and our business."

Prior to the strike, The United Auto Workers issued a news release stating that GM was refusing to give an inch to help hard-working middle-class families. UAW to GM:

"We stood up for you, now we stand up for us"

With 48,000 United Auto Workers on strike at General Motors, the impact goes beyond the company and its union -- it's now rippling throughout the automotive supply chain. Tier 1 suppliers feel the immediate impact, but sub-tier suppliers will feel the effects as well.

Joseph Spak, of RBC Capital Markets has estimated that the GM strike is costing Axle and Lear Corp $2 million dollars per day, and it's costing Tenneco $1 million daily.

Supplier layoffs reported in the news include the following:

⚠️ American Axle & Manufacturing has laid off workers at its Three Rivers facility which is its largest driveline plant in the U.S.

⚠️ Lear Corporation's Flint plant has been idled since the strike began, affecting about 600 workers.

⚠️ Cooper Standard has stated that it "..will adjust staffing accordingly at its North America facilities that supply GM's U.S. assembly plants."

⚠️ Magna International has stated "Where necessary, other plants have implemented short-term temporary layoffs on GM-specific programs and lines."

⚠️ Universal Dedicated Logistics, a company that sequences parts for Flint Assembly, has laid off 300 employees

⚠️ Andriod Industries which assembles center consoles for the plant, has laid off 200 to 400 workers

Temporary layoffs may open the door for workers to find gainful employment elsewhere which won't be difficult in this labor market. For companies that do not treat their workers well, hiring workers back again may be a challenge.

Given the challenges manufacturers are having in this labor market building talent pipelines of production workers, proactively preparing contingency plans for staff shortages is something that should be considered. 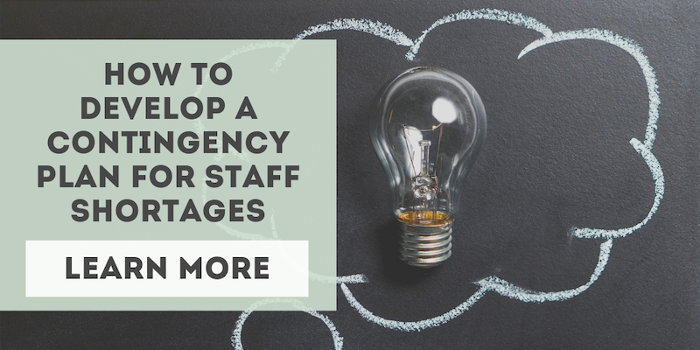