Examining Some of The Latest Trends In American Labor (Spring '15) 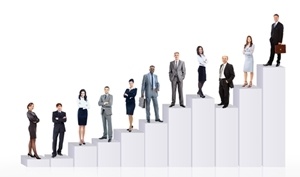 For executives who are tasked with maintaining predictable operations and business continuity, it's important to keep a close watchful eye on the latest trends in American employment. Questions such as who has a job, and who's still looking, as well as what specific obstacles are keeping Americans from seeking and finding employment, all have relevance to any business.

"The American job landscape might have a major impact on negotiating your next collective bargaining agreement."

Even if the current personnel situation at your business is stable, nationwide employment trends can be more influential than you think. A greater supply of available workers can mean falling prices - in other words, declining wages, or the reverse if the supply of workers is reduced and wages go up. And if your company is unionized, the current American jobs landscape can often have a direct impact on contract negotiations.

With that in mind, now's a good time to examine some of the latest trends in U.S. Labor.

Employment Keeping Pace
Employment has been steadily increasing in recent months - jobs are being created at a pace that is keeping up with population growth.

According to the April (2015) employment summary released by the U.S. Bureau of Labor Statistics, the nation saw an increase of 126,000 total non-farm payroll jobs in March, and this was enough to leave the unemployment rate unchanged at 5.5 percent. The BLS noted that employment trended upward in professional and business services, health care and retail trade, with mining being one notable sector that lost jobs.

A Diverse Range of People Looking for Work
Among people who are still out of work and are presently looking, it's interesting to note the range of individuals still in the market. The BLS noted that the groups currently searching for jobs include adult men (who currently have a 5.1 percent unemployment rate), adult women (4.9 percent), teenagers (17.5 percent), whites (4.7 percent), blacks (10.1 percent), Asians (3.2 percent), and Hispanics (6.8 percent). In all of these groups, the bureau noted that the unemployment rate showed "little or no change in March" which means there are still lots of people looking for jobs.

Manufacturing Jobs Remain Stagnant Overall
Unemployment statistics vary depending on which specific sector you look at. The BLS pointed out that health care has been steadily adding jobs, including 22,000 more in March and a total of 363,000 so far in 2015. Jobs have been especially plentiful in ambulatory health care services (up 19,000 last month) and hospitals (up 8,000). Meanwhile, industrial sectors such as construction and manufacturing have not been as fortunate, as employment has been stagnant for much of 2015 so far.

"Involuntary" Part-time Work Still Prevalent
While most Americans seek to be employed full-time, the BLS has found that many are still only working part-time jobs for economic reasons. These individuals, referred to as "involuntary part-time workers," have seen little change in their numbers, holding steady at 6.7 million in March. This might be an area where additional temporary personnel will be available for those companies who currently need them.

Overall, with wages up 2.2% the past year, it appears that employees may now have more leverage at the bargaining table as the US economy continues its recovery nearly 6 years after the recession ended.