What is the Salary of a CNC Machinist?

The number of manufacturing jobs within the United States has been decreasing for the last few decades.

This is largely the result of outsourcing manufacturing jobs to other countries, which is done primarily because it's cheaper.

Another reason for this, however, is because of the developments in the field of A.I. Tasks that previously required the cooperation of several individuals now can be frequently automated, which helps businesses cut costs even further.

The salary of CNC machinists depends on various factors, like job experience, certification, education, state, or job performance. It’s usually somewhere between $40,000 and $45,000.

We will enter the topic of salaries in detail in a moment, but first, let's explain what CNC machinists exactly do.

What Do CNC Machinists Do? 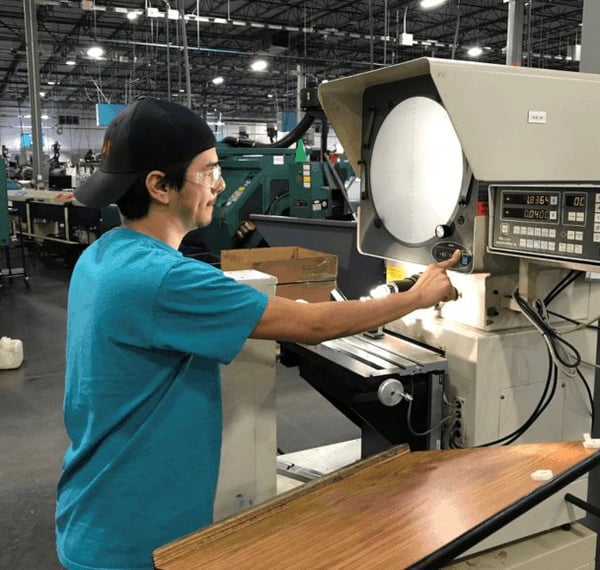 CNC (Computer Numeric Controlled) machinists are liable for the setup, operation, and maintenance of machinery that’s accustomed to manufacture parts from all kinds of materials, like brass, aluminum, plastics, or steel.

It requires precision and accuracy, as small differences would almost certainly cause the malfunctioning of the products.

If we consider the very fact that CNC machinists deal with parts that afterward are frequently utilized in medical, defense, aerospace, or marine industries.

No wonder their job requires an excellent deal of responsibility. The equipment during which a CNC machinist deals is already programmed and typically it’s enough to regulate the speed of a material feed.

However, sometimes the machines malfunction and the CNC machinist must repair any issues. Aside from choosing the tools and operating the machines, it maintains the quality and safety standards.

What Skills Does a CNC Machinist Need?

Why Is the Number of CNC Machinist Jobs Expected to Increase?

As we’ve previously mentioned, according to the U.S. Bureau of Labor Statistics, the number of CNC machinist jobs is predicted to rise by 3% from 2019 to 2029. Admittedly, it isn’t an enormous increase, but if we look at the larger picture, this forecast might sound surprising.

In the Monthly Labor Review, Richard Hernandez writes that around 7.5 million manufacturing jobs within the United States were lost since 1980.

However, although automation and foreign competition have led to a drastic drop in manufacturing jobs, the demand for CNC machinists is growing, as employees working in this position need a variety of skills to perform their duties.

It means that outsourcing has its effect, it is not as pronounced as within the case of other job positions associated with manufacturing.

Most of the work in the past needs to be done by a machinist manually, but now it can be performed with the help of computers. However, the entire operation still involves humans.

It seems likely sooner or later, the entire job might be, indeed, automated, but it’ll be a gradual process, which means that CNC machinists will be able to find a job in the United States for decades to come.

What is the Salary of a CNC Machinist and How it Compares to Other Machinist Jobs?

Now that we've provided enough context, let's see what the salary of a CNC machine operator is. The data about salary differ slightly depending on the source:

We will mention other factors that affect the salary in a moment, but first, let's focus on median salaries in different states. However, remember that salaries are likely to differ in big and small cities, but also in regions where demand is the highest.

In Hawaii, the average salary of a CNC machinist is $66,550. In the District of Columbia and Alaska, CNC machinists, on average, earn $62,480 and $58,740, respectively. However, in none of these states, the number of machinists exceeds 300.

On the other hand, the situation in California and Illinois, the sole two states wherein May 2019 the number of machinists exceeded 30,000, is worse. In California, a machinist’s average salary was $48,360, whereas in Illinois - just $42,800.

Unsurprisingly, the largest concentration of CNC machinists is in the Midwest; however, in certain states, such as North and South Carolina on the East Coast and California and Washington on the West Coast, their numbers also are significant.

What about other machinist jobs? There is no official data collected by the government agencies, we can look at the numbers provided by Payscale and Indeed.

However, even if you don’t want to become a journeyman machinist, there are other options available as well. If your technical skills are at a good-enough level, after years of experience you could become a CNC programmer.

In this case, according to Indeed, you could expect to earn $25.64, though Payscale gives a slightly lower figure - $23.49. However, remember that those are median salaries, which means that after years of experience your salary would be presumably higher.

What Are the Factors That Could Help You Get a Job as a CNC Machinist? 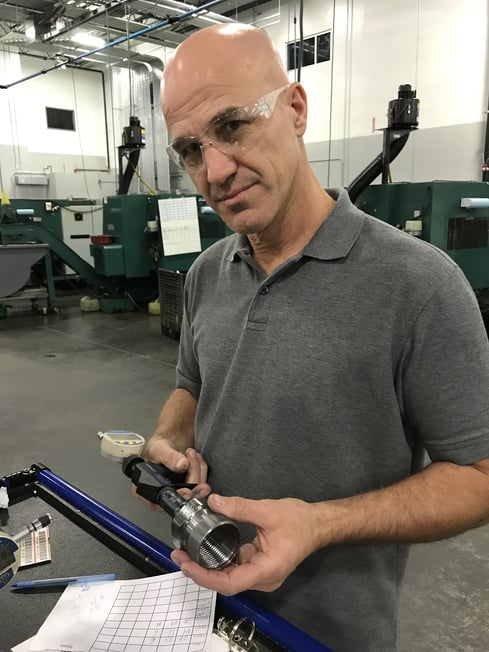 Although more and more people who work in the manufacturing sector hold undergraduate degrees, as many job positions require in-depth technical knowledge, you don't need a college degree to work as a CNC machinist.

Usually, a high school diploma is required, though if you reside in a state where the demand for CNC machinists is high, your work ethic, analytical mind, and willingness to learn could prove to be good-enough assets.

Hence, if you live in a region where the job market is more competitive, a certification or apprenticeship program could increase your chances of landing a machinist job with a higher salary.
If you have no experience whatsoever, a certification would significantly boost your resume. If that's something you are interested in, we recommend checking the National Institute for Metalworking Skills program, which may be a great initiative.

However, if you would like to become a machinist, the best course of action is to contact factories in your area that search for job candidates and know the job qualifications.

This way, you would possibly not even need to enroll in any programs, as your employer would offer all the required training.

Although the situation of the manufacturing sector in the United States could certainly be better. If you are interested in becoming a CNC machinist, there's nothing to worry about the shortage of job prospects, because the number of available jobs in this position is anticipated to rise by 3% within the next decade.

Although it certainly isn't an easy job, as it demands technical knowledge, attention to detail, and math skills, CNC machinist salaries might attract young job seekers.

Therefore, depending on the region, employers won’t even require candidates to possess any education or certificates associated with this field. Nonetheless, the experience level has a great impact on a CNC operator’s salary.

Click here to read/write comments
Back to the Madi Blog