With America's Booming Energy Sector, How Will the Workforce Be Affected? 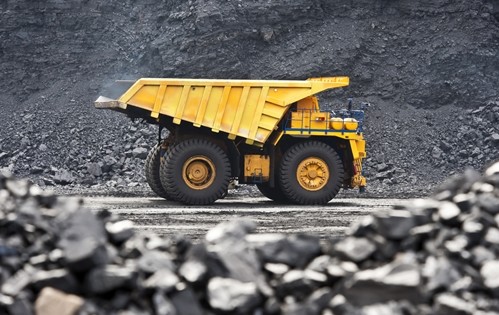 If you take a quick look at America's energy production capabilities, these are clearly boom times, and will be so for quite some time. In recent years the United States' market share as an exporter of coal has substantially improved and remains a vital source of fuel for consumers all over the world. Plus dramatic increases in the domestic production of oil and natural gas has been nothing short of extraordinary.

Such increases in energy production not only lessen the country's reliance on imported energy, but is also a game changer for the U.S. Economy, especially as the export restrictions on oil and natural gas in place since the 1970's are loosened.

This is great news. But it's also complicated by the reality that whenever companies profit in times of abundance, workers are going to want a larger slice of the pie as well making it interesting to watch how the United States' strength in the energy markets will affect Corporate America's relationship with labor.

As is often the case, the current economic situation in the U.S. stems from the availability of natural resources. According to the Heritage Foundation, the nation is currently enjoying a period of prosperity because there are so many energy-rich materials currently being produced domestically. The Institute for Economic Freedom and Opportunity's Nicolas Loris has observed this trend.

"America has an abundance of natural resources, including sufficient energy reserves to provide Americans with affordable, reliable energy well into the future," Loris told the news source. "With its plentiful reserves of coal, natural gas, and oil, the United States is already a global leader in energy production and has the potential to be a major supplier to the rest of the world."

As this economic boom continues, we're likely to see more and more companies jumping onto the bandwagon which can then further complicate the business/labor relationship and affect the American workforce.

Loris anticipates that one of the primary effects of the current export boom will be job creation. It will take manpower for companies to mine these natural resources, collect them and sell them on foreign markets and exchanges. This means businesses will be looking to hire on a large scale and also looking for contingent staffing solutions that will offer them the flexibility and agility to expand or contract at will in order to maximize productivity and revenues.

"Providing more energy choices to both producers and consumers will generate jobs, grow the economy, and bolster U.S. national security by increasing global energy supplies and reducing the ability of any one nation to use its control of energy resources to threaten U.S. interests," Loris stated. "Congress and the Obama Administration should remove government-imposed barriers to energy exports."

Inevitably, the prosperity that arises from a robust energy sector will provide labor unions new opportunities to flex their muscles, such as the recent strikes at refineries throughout the country indicate. We are seeing new sense of energy and commitment by the unions across industries, something we have not seen in quite some time.

To assist you in your planning efforts, here are some additional resources you may find useful: