Temporary Contract Work Is On The Rise In The United States 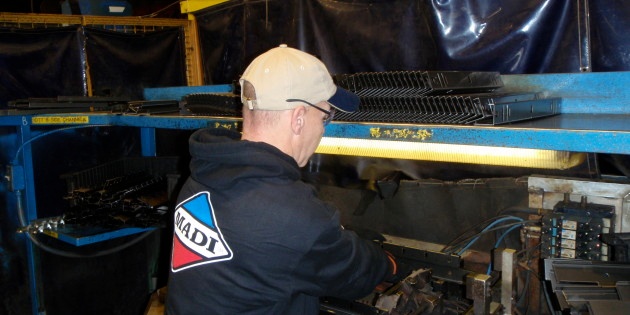 For many years in the United States, temporary employment was seen as something of a taboo subject. No one wanted to be branded as a "temp" - it was much more respectable for people to have stable, full-time jobs that guaranteed them a paycheck each week.

This was a societal norm for much of the 20th century. But today, the mindset is changing significantly, as the American population is increasingly turning into a contingent workforce. Perhaps this change came about originally as the result of an unstable economy, as companies couldn't afford to hire many full-time staff members, but it's since grown into a win-win situation for companies and their temporary employees. The stigma around "temping" has been lifted, and there's a new way of securing employment in America today.

Temping was once frowned upon, but according to Fox News, there's a new contingent workforce that's booming in the United States today. The news source reported that freelancers, contract workers and consultants now combine to account for about 17 million members of the U.S. workforce. These are people with only tenuous ties to their employers - they work solely on a contract-to-contract basis.

Furthermore, it's widely expected that the number of people temping in America today is only going to increase in future years. An Associated Press survey of 37 economists in May found that 75 percent see the increased use of temps and contract workers as a long-standing trend.

After the 2008 recession, companies began to feel a bit more vulnerable financially. They no longer had the budgets to hire a lot of full-time employees, so they had to adjust their strategies.

Susan Houseman, an economist at the Upjohn Institute of Employment Research, told Fox News that this is precisely why temporary employment has become so popular. Businesses now have a safer way of getting through uncertain economic times.

"You have your just-in-time workforce," Houseman said. "You only pay them when you need them."

For many companies, this is the new way of doing business. You might not be sure if you can afford a new employee for years to come, but you can use contract work to sustain stable operations from month to month.

The Approach To Staffing Has Changed

On the workers' side of the equation, there's also been increasing acceptance of the temporary labor climate. Talent agencies have come to understand that contract staffing is at the heart of the 21st century business model.

Tony Montana, a spokesman for the United Steelworkers union, told Fox News that while unions pushed back against the temping trend in the beginning, they've recently changed their tune and begun to accept this practice as commonplace.

"We run into this across all the various industries where we represent people," Montana said.

Staffing for these positions is easier today because workers are increasingly willing to accept contract positions. Rather than seek the stability of one full-time job, people are instead drifting from contract to contract based on their always-changing professional passions.

In corporate America, this contingent employment strategy might be a major game-changer for business continuity management. In the past, it was exceedingly difficult to keep a business afloat through any kind of disruptive event, be it a strike, a talent shortage or some sort of natural disaster.

Now, though, there's no problem. Times may change, but that's all right - your staffing strategies can adapt to keep up. No matter how your labor needs evolve, there's a contingent workforce out there willing to keep your business afloat.