Ferguson Unrest Demonstrates the Need for Experience in a Crisis Situation 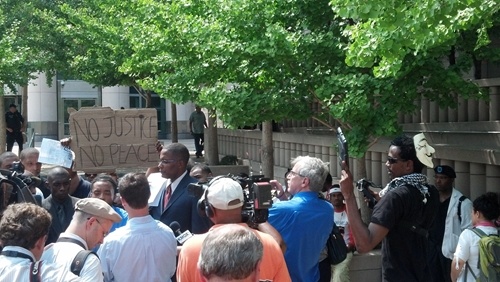 The continuing situation in Ferguson, Missouri, is a prime example of a potential crisis that can break out at a moment's notice. Tensions are still high as outrage over the shooting of Michael Brown that took place in August and the resulting protests are still taking place in the street of this community.

During the height of the of protests, a national media outlet whose reporters were covering the events as they were unfolding reached out to MADI to provide protection services for its field reporters and satellite trucks, according to Matthew Martie, Managing Director of MADICORP. This team of journalists was reporting events as they happened and were caught between an unruly and threatening crowd of protestors and a police force struggling to contain them, as well as receiving threats being called in from extremist groups unhappy with the media coverage.

In less than 12 hours, MADI assembled a team of top tier Protection Officers that deployed to Ferguson and St. Louis, Missouri. Emotions boiled over between officers and citizens, leading to confrontations and the use of tear gas over a period of more than a week. Keeping control of the situation and protecting our client's employees and equipment were the primary goals of MADI's efforts, and it achieved those goals due to one key factor.

Martie noted that what differentiates a protection officer from a typical security guard is the officer's "ability to adapt to a crisis situation due to experience."

MADI's team included a variety of individuals who all have experience in crisis situations. Some are former FBI agents, including those with experience of crises such as the 1996 Atlanta Olympics bombings, where homemade bombs killed one person and wounded more than 100 others leading to a city-wide manhunt. Martie himself was the Director of Global Security and Criminal Investigation for the Bridgestone Corporation. Others included military veterans who served in war zones including Iraq and Afghanistan.

Officers with this level of experience means that in a given situation, these individuals are able to immediately employ the best practices to manage the situation appropriately. With personnel of such a high caliber, Martie said clients "can do their jobs and remain protected, even in tumultuous environments like this one."

Martie also noted that this is one type of situation where engaging a smaller or less experienced team to reduce costs can backfire and put a business and its employees at unacceptable or dangerous levels of risk. Companies need real solutions to address the extreme additional threats inherent in such a situation with the trust and confidence of knowing that they have the protection they need at all times.

What's more, since timing is critical, as it is in so many crisis situations, the faster teams get up to speed, the better. And of course, even though the focus of news coverage may have moved on, it does not mean that the threat has. 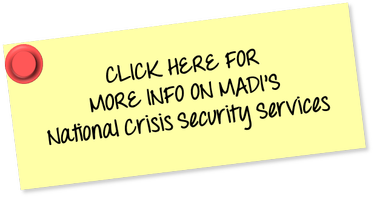