How Contingent Staffing Contributes To Operational Resilience In Today's Climate 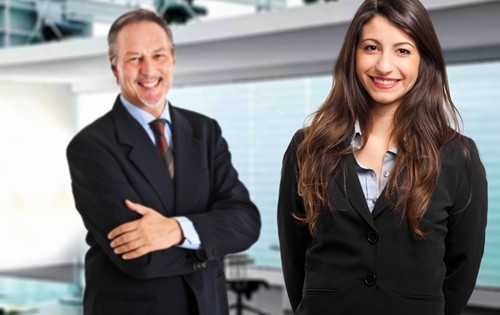 With America climbing out of its economic rut of the late 2000s and entering a new era, the very nature of work is changing. Companies don't necessarily have the same stable, unflinching numbers of full-time employees that they once did, but that doesn't necessarily mean jobs are disappearing, and it doesn't mean work is going undone, either.

What's happening instead is the American population is slowly but surely turning into a contingent workforce. Rather than settle into permanent, full-time jobs, we're adapting to the changing economic times by taking on malleable work situations. Not everyone sticks with the same employer for years and years, but they're still developing their skills and preparing to tackle the business challenges of tomorrow.

"The American population is slowly but surely turning into a contingent workforce."

This new mindset around work is changing the way corporate leaders look at business continuity management. More and more, they're considering contingent staffing resources in their search for ways to maintain resilience and, ultimately, profitability.

In 2008 and '09, the United States endured a pretty severe economic downturn. Millions of people were struggling to find work. And according to Quartz, when the nation finally recovered, it wasn't necessarily because of full-time jobs reappearing.

In fact, Jeremy Neuner, co-founder and CEO of NextSpace, told the news source that employment has recovered at a frustratingly slow pace, with the one exception being the rising numbers of temporary, contingent, and independent workers.

"Traditionally, being self-employed used to come with a social stigma," Neuner explained. "You were self-employed if you couldn't get a 'real job.' Work was inconsistent and so was the pay. Today, the opportunities for contingent, project-based work are exploding."

Quartz reported that, according to a study by software company Intuit, more than 40 percent of the U.S. workforce will be made up of contingent workers by 2020. That's over 60 million people.

Even Big Business Boards The Bandwagon

Until recently, conventional wisdom held that contingent workers were only an option for small and mid-size businesses (SMBs). These companies had little needs that cropped up from time to time and filled them on a contract basis. Larger companies, meanwhile, could afford more permanent, full-time employees.

According to Forbes, this mindset is changing today. Jeff Wald, co-founder and president of Work Market, told the news source that freelance work is not just for the SMB crowd anymore. In today's climate, contingent work is a good fit for just about everyone.

"The days of freelancers being associated solely will small businesses or virtual work are over," Wald explained. "Same is true for organizations using freelancers one at a time. In 2015, global enterprises will continue to leverage independent workers but at a much more intensive and frequent basis."

For any company, large or small, contingent work is the secret to build a more sustainable business model over the long haul. Every business has interruptions in the productivity of the workforce - whether because of natural disasters, labor stoppages or simply talent gaps that emerge among staff members.

By relying on contingent workers, corporate leaders can say goodbye to instability and uncertainty. It's time that every business embraced a key 21st-century strategy for building a resilient, highly capable workforce.