Without the establishment of union rights, both management and labor would be challenged in their roles of operating a business and performing a job.Labor management ensures that union rights are protected with a contract.

Since no union contract could adequately cover every possible situation that could arise, the following two general clauses were developed:


According To Federal Law 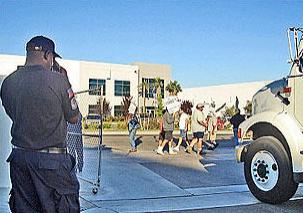 According to federal law, the union rights afforded to protect union interests include the following:

In an effort to curtail management violating these union rights, employer restrictions were put into place to ensure that a union is able to continue to operate without management interference.

With union rights securely in place, an organization can approach negotiations of wages, benefits, work rules, compliance procedures, and procedures for hiring, firing and promoting employees, as instructed by federal law. And by the same token,labor workers know their interests are protected.